It's been a while, but my guide to all things diesel—Area Diesel Iowa Branch Manager Corey Stallings—and I have finally found time to get together for another round of Learning to Diesel (LTD). As usual, if you could give two, um, craps what I have to say, no worries; just jump directly to the instructions for Testing Fuel Pressure in Ford 6.0L Powerstroke Engines.

On deck for LTD this time around? I've had the pleasure of tinkering with a 2005 Ford F-250 for this article series, and I need to figure out why the truck feels like it's idling "funny." Yes, that sad description was all I could give Corey when asking if this is a good chance for another LTD adventure. Hey, I warned everybody that I'm just a diesel newbie learning my way around the basics! Thankfully, the man knows his craft, not to mention how to help solve diesel problems for people, like me, who don't even know how to properly describe an engine issue (yet another reason Area Diesel customers are so loyal, fyi).

Anyway, after deciphering that what I meant was that the engine bogs down anytime I stomp the gas, Corey said my issue probably stems from one of two things: A. We may have a fuel pressure problem or B. My lifetime of driving GEO Metros and the like has left me so useless I can't even find the gas pedal in trucks for big boys and girls. Alright, alright... While I have to assume he was thinking it, Corey didn't actually say the second part out loud. Instead, he gave me instructions for testing fuel pressure and then set me loose in the garage.

Like Dad always taught me, I gathered my tools and supplies before attempting to test the fuel pressure. For this job, I needed almost exactly the same tools Corey told me to use back when we replaced the fuel filters in a 2005 F-250, which obviously has a 6.0L Powerstroke Engine:

Does that even count as a "list" of tools? Well, I'm a busy man, so I ain't complaining. For whatever my opinion is worth, once I had a reason to use the Fuel Pressure Test Kit - 6.0L, I realized why it is consistently among Area Diesel's most popular specialty tools. Take a look at the kit (below) to see for yourself that it comes with everything needed to do the job—fast yet right. 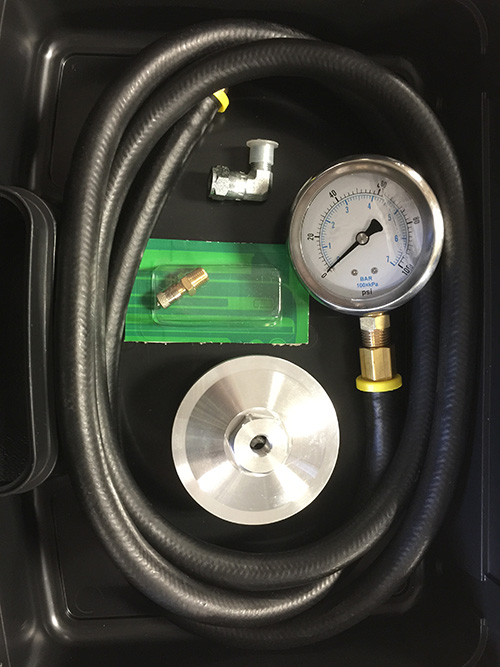 Note that the Fuel Pressure Test Kit is compatible with Ford 6.0L Powerstroke engines for these models: 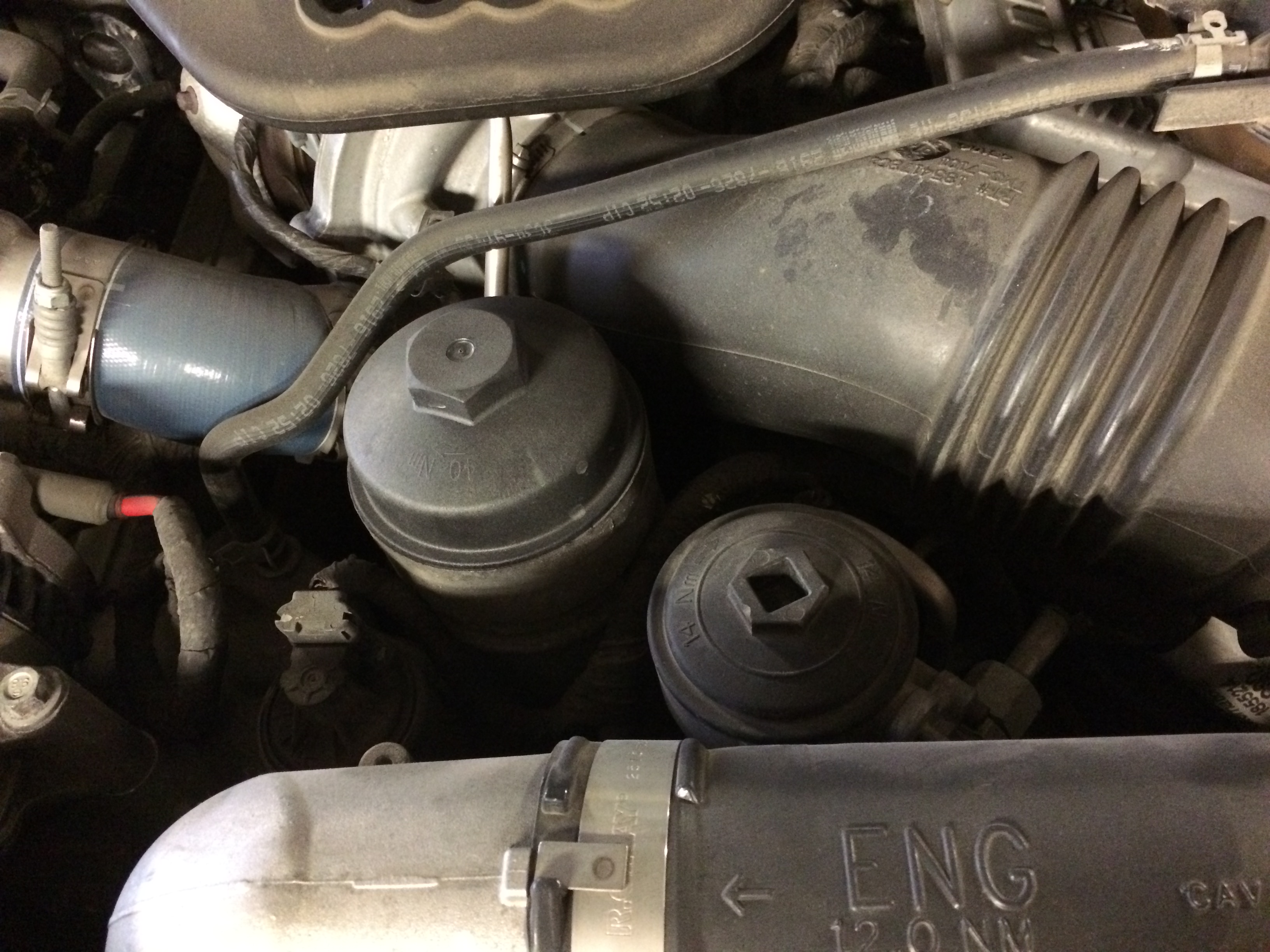 Whelp, what the hell? The pressure is sitting at a solid 48psi. I don't get it; I ask Corey what gives.

"You made a classic rookie mistake, didn't you?" he asks.

"Well, that's a safe assumption, but you'll have to be more specific," I say.

"Think about it this way," Corey replies. "If you're sitting still, you probably feel like you're in pretty decent shape. But if you go for a run, maybe not so much. Your truck is no different—it's hard to get a good read on how your truck is performing unless you put it to the test on the run. Let's get this bad boy on the road and test the fuel pressure when it counts."

Testing Fuel Pressure on the Road

To further aid in diagnosing a driveability concern, we need to place the fuel pressure gauge where we can see it while driving:

"Yeah, that's no good," he says. "We've got ourselves a bad fuel pressure regulator. On the upside, you've got another project for your Learning to Diesel write-ups. You can start by looking up Part 60-1043 on our site, and we can pick this up next time you're in my neck of the woods."

That's that, friends. Not the outcome I was hoping for, but at least I can pat myself on the back for getting under the hood and verifying that I wasn't just imagining a problem with the acceleration. Check back soon to learn how to actually fix the problem with me when I tackle replacing a fuel pressure regulator!