Sharing knowledge, time, and talents is especially important to the backbone of civilization, our farmers. Knowledge is power.

In addition to being a diesel expert and business owner, Area Diesel Service, Inc. President Val Leefers is also a farmer and a neighbor.

In Leefers’ formative years, growing up on his own family farm, he would also be loaned out to provide his brain and brawn to neighboring family farms.

Helping others, learning skills, and picking up bits of old-timer wisdom along the way was important to Leefers. Another thing he enjoyed, was running and repairing the various farm implements, especially neighbor Owen Kasten’s 1954 McCormick Farmall Super MD.

International Harvester (IH) produced the McCormick Farmall Super M from 1952 until 1954. The company produced 5,199 of the diesel variation, the Super MD. The shiny, cherry-red four-cylinder, 264 cubic-inch diesel was capable of about 39 horsepower on the drawbar and 46 horsepower on the belt.

Don Sanson, another rural neighbor and young farm kid, also helped Kasten farm and spent many hours on that Super MD. Over theyears, as their families and acres grew, these neighboring farmers were always there for each other to lend a helping hand. 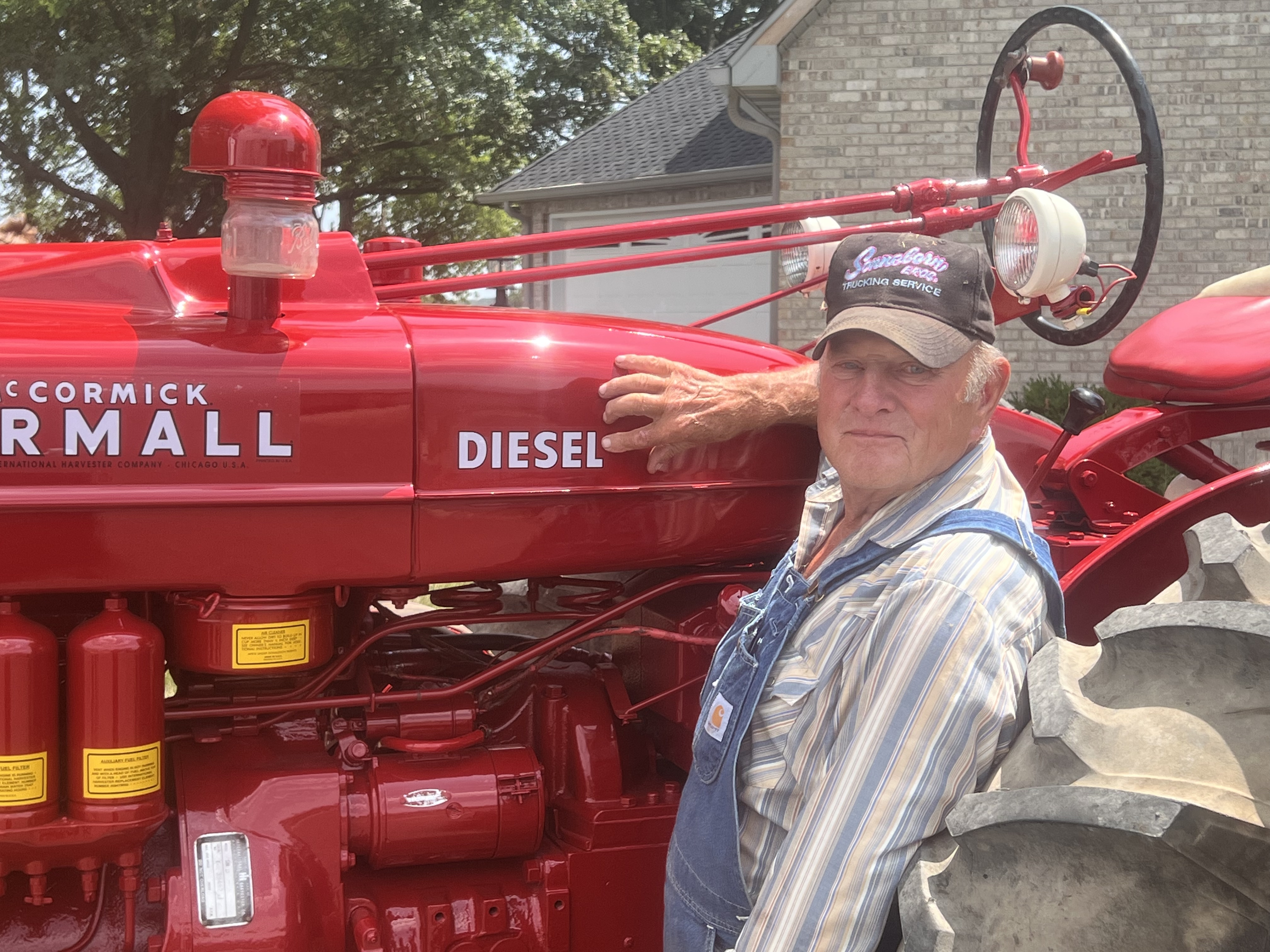 After Kasten’s tragic death in 1971, the Super MD went up for auction. Sanson jumped at the chance to keep the tractor in the neighborhood, and became the proud new owner.

The Kastens, Sansons, and Leeferses – along with that Super MD – would continue to intertwine their working and farming lives. When Leefers started his formal employed years at Konnecker-Brown, a farm equipment parts and repair shop, his mentor in the shop was Don Sanson’s father Howard “Shorty” Sanson. There Leefers gained a monumental wealth of knowledge from “Shorty” – knowledge that would lead Leefers into launching Area Diesel Service, Inc. in 1973!

This wealth of knowledge also sustained the Super MD. Diesel repair skills taught by Shorty to Val were used numerous times over the years on the farms. And anytime an issue would arise with the Super MD, Leefers would head over to Sanson’s farm to get the tractor up and running.

Being there for a neighbor or friend in need is just the ethos of the Leefers family.

Eventually, Leefers would be joined by his grandson, Tyler Leefers, during these troubleshooting trips. The wealth of knowledge passing through multiple generations. 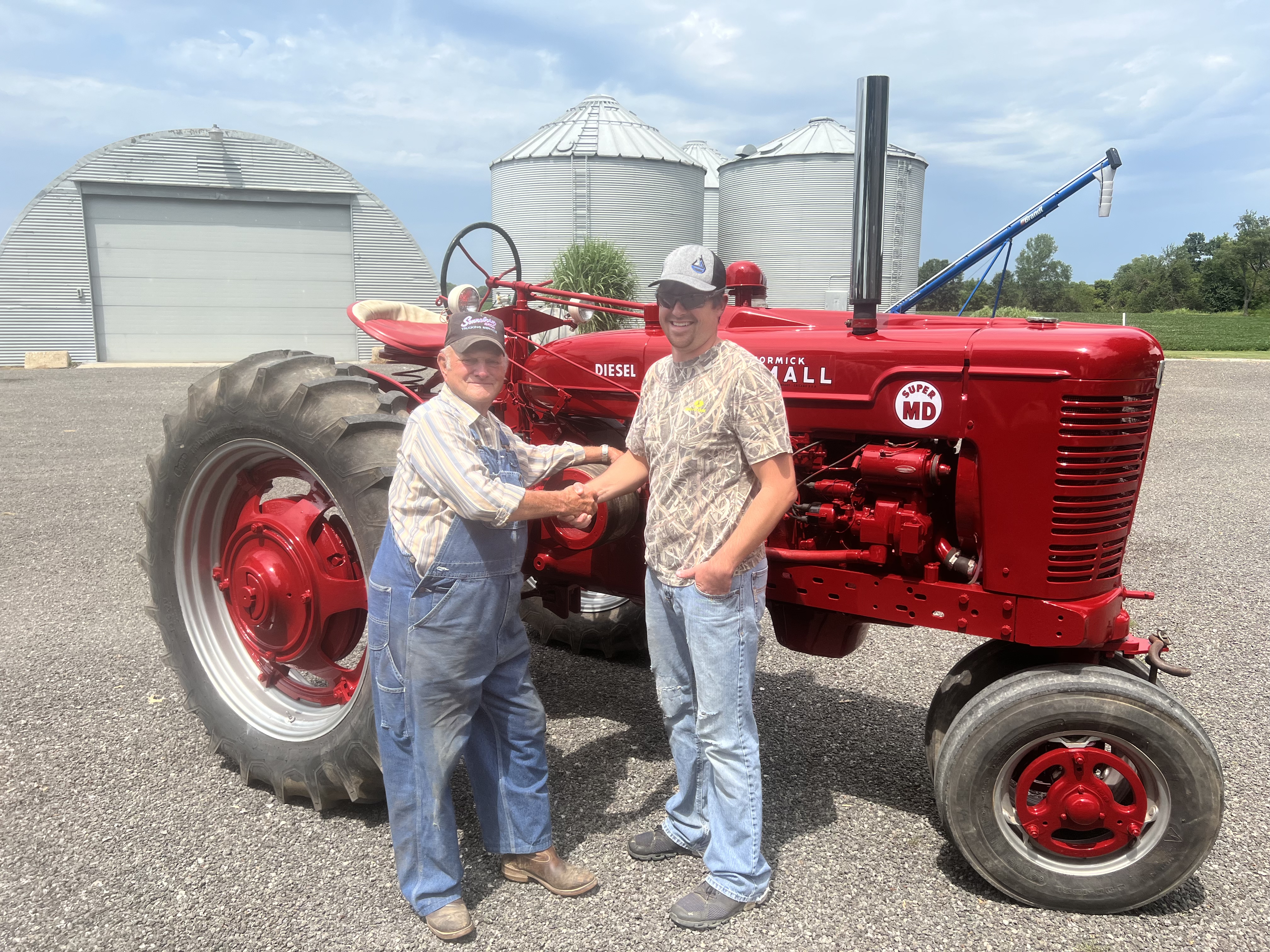 A recent issue was traced all the way through the fuel system and lead to a discovery of a “tank full of goo.” That “goo” unfortunately doubled as a paint remover once it hit the tractor’s surface. After the problem was remedied, Sanson got the Super MD a new paint job. The tractor is looking and running better than ever.

There is a quote from botanist Henri Alain, “life on a farm is a school of patience; you can’t hurry the crops or make an ox in two days.”

It also takes years of work and care to keep a sixty-eight-year-old piece of farm equipment running; and a lot of love and mutual respect to keep a multi-generational friendship going even longer.

The 1954 Farmall Super MD is one in 5,199. The special connection that lifelong friends and neighbors the Kastens, Sansons, and Leeferses have is truly one in a million! 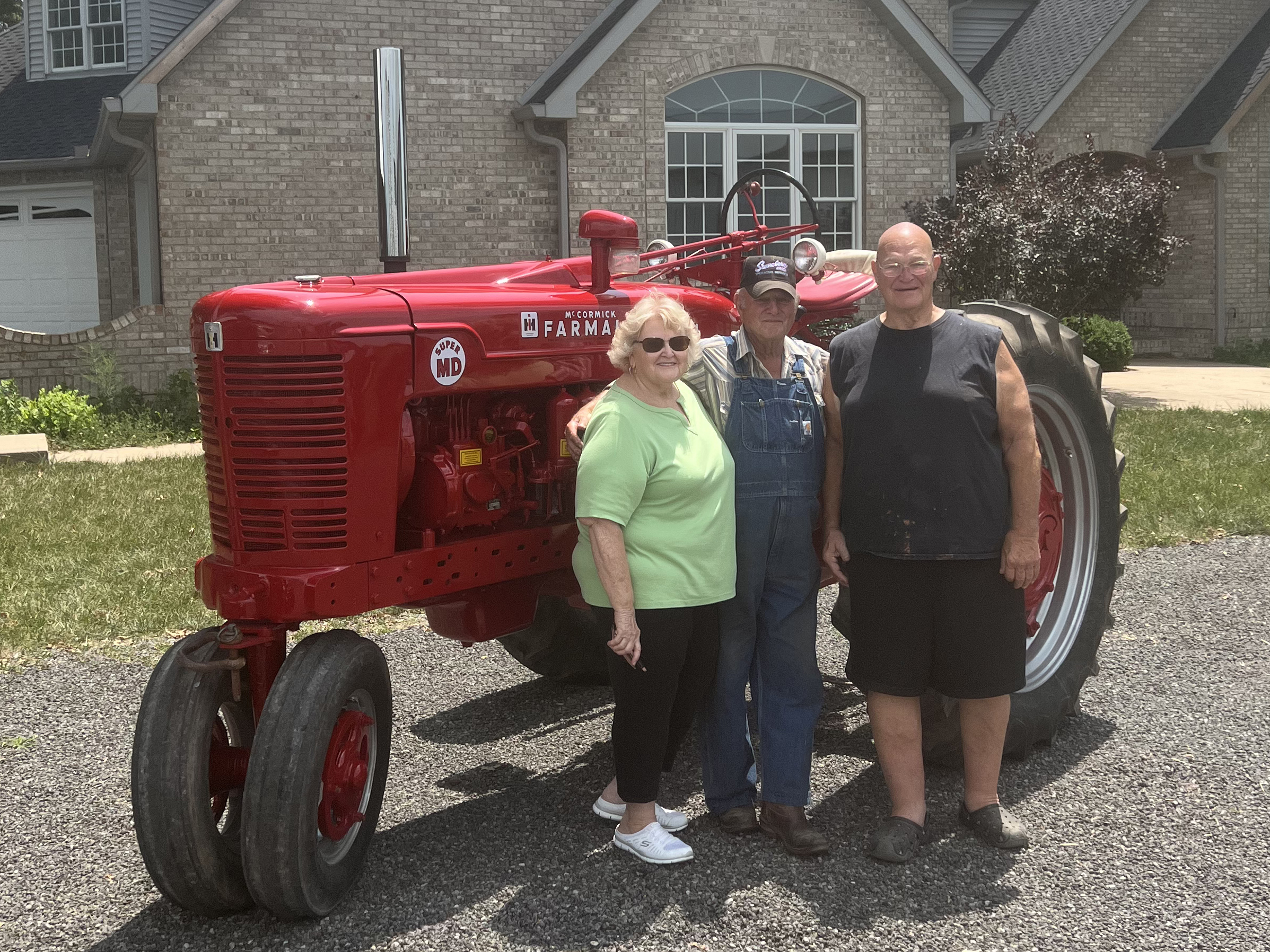